Editor's Note :: Matt Hollingsworth is a content writer who was invited to Bart Durham Injury Law's open house to share his experience with our readers.

I’m visiting the law office of Bart Durham, and I’m about to be murdered by a killer clown.

At least that’s how it felt when the masked man jumped out at me screaming from behind the curtain of what had formerly been an office but was now a creepy carnival. I screamed then laughed as my heart rate returned to normal.

But there was more than just a carnival. The entire firm had been transformed into a wonderful mash up of horror and pop culture references.

The team offices were a patchwork with a 1950s diner, directionally challenged where-wolves, Dunder Mifflin offices, and the mystic island of Te Fiti — all run of the mill at Bart Durham Injury Law's (BDIL) 5th annual Halloween Open House. 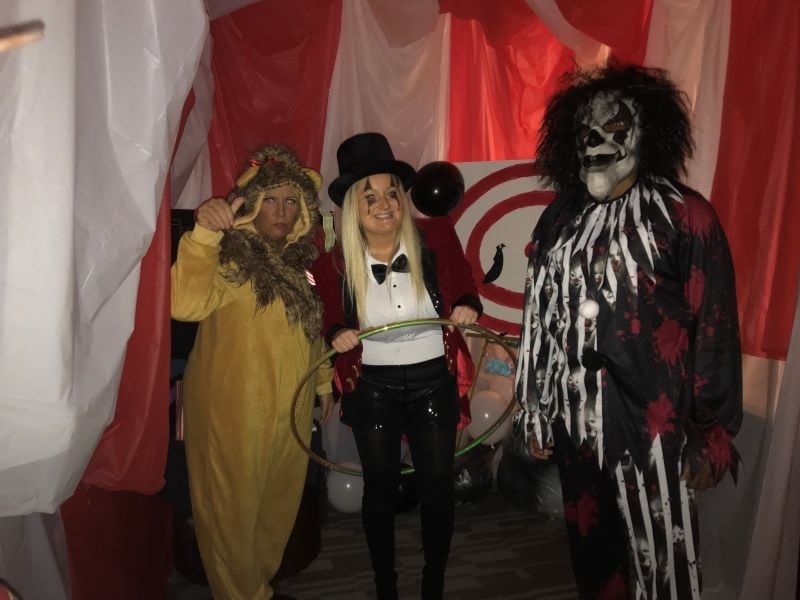 (Pictured: my attempted murderer and his accomplices)

Each office had been transformed into its own little world for guests to tour as the costumed employees handed out candy. Chocolate and Laffy Taffy in hand, I explored the dimmed corridors.

A caged killer rattled the iron bars of her cell, howling like mad. Joyce Byers tried to rescue her son Will from the Upside Down. A hippie just returned from Woodstock wished me peace. Flo from Progressive sold reasonably priced insurance. The words "help me" were just visible in the dim light, written in blood on the walls.

It’s “so fun and we LOVE doing this,” said Sara Hastings, Bart Durham Injury Law Intake Specialist. “There’s so much stiff competition between everybody!” 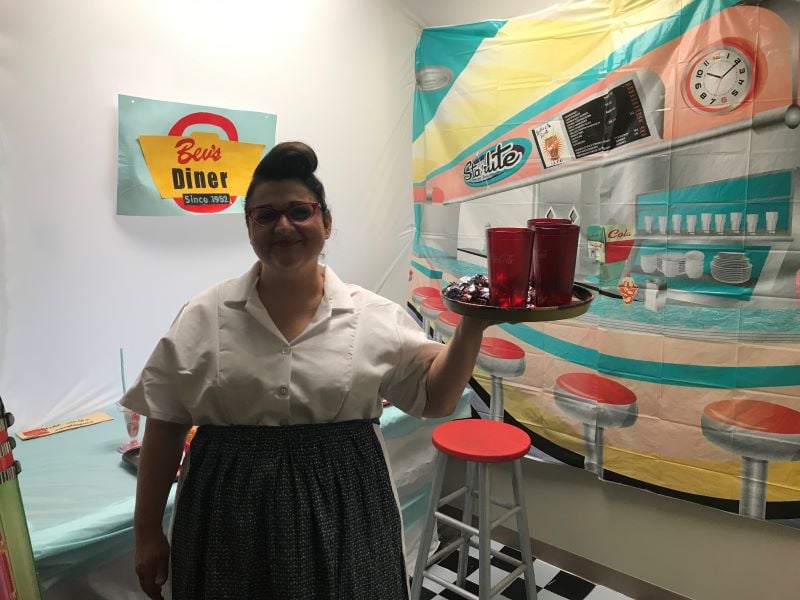 (Pictured: a nice break from monsters and serial killers)

A ferocious competition indeed. After seeing all the individual offices, guests voted for the one they liked the best.

It was easy to see all the effort each team member had put into their costumes and decorations. The decorating started a month in advance and each team member was given six hours of company time to prepare their space, but some employees came in over the weekends on their own time as well.

Not only was the event fun for visitors and staff, but it also supported a good cause. Guests were asked to bring clothes, food, and other necessities to be donated to St John's United Methodist Church, which hosts Thursday Night Community Meals every week. The church serves home-cooked meals to all, especially the homeless and working poor, said Pastor Sandra Griggs.

“They (the Bart Durham Injury Law employees) are part of the growing and changing Nashville community,” Griggs said, who talked about the needs of Nashville’s poor and under-served communities.

If you want to make a difference in your community like the BDIL team, Griggs recommended connecting with a non-profit like Open Table Nashville or Second Harvest Food Bank.

“The team here, they just LOVE celebrating Halloween as over-the-top as possible,” said Brent Meredith, Jedi Knight and Marketing Consultant. “I enjoy inviting the community in to meet the team at the Open House.” He explained that BDIL employees have volunteered at Thursday Night Community Meals, Hands on Nashville events, Habitat for Paws, and many other charities and non-profits on company time.

I asked Meredith what he wanted the public to know about the event and he said, “That Bart Durham Injury Law is an open and inviting office comprised of caring, diverse and talented people. We want to volunteer and be a part of the community and are encouraged to do so by the firm. It’s not just a lawyer’s office. The people doing the work all day, every day, genuinely enjoy helping people in ANY way they can.”

The event raised $1,000 in cash donations and collected 506 pounds of food. Nicole Fillmore garnered the most visitor votes and won the People's Choice award for her witch's lair and accompanying costume.

The BDIL team also voted internally for best costume and best office. The winners were as follows: 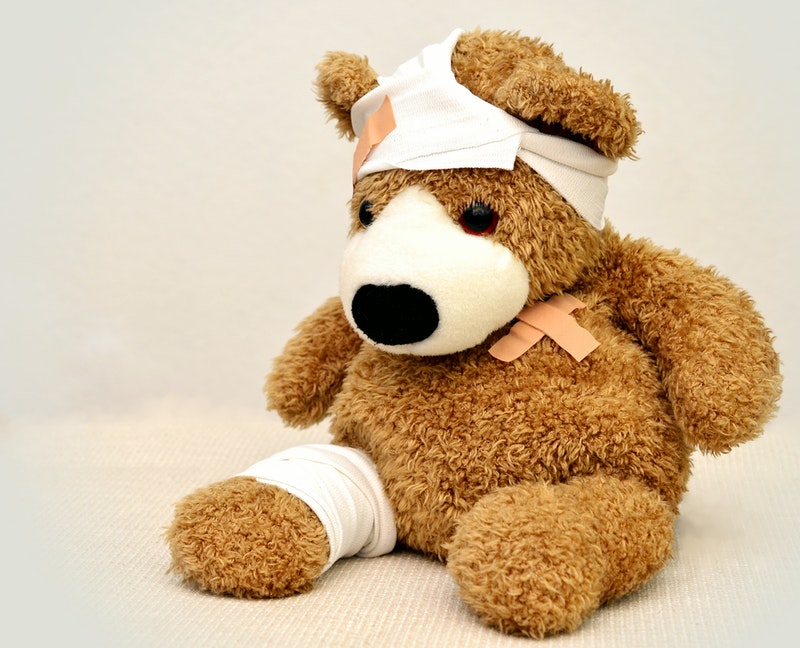 The Basics of Product Liability 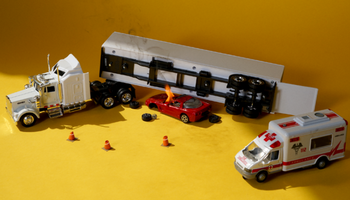 Do These 5 Things After a Big Truck Wreck