On Friday, May 25, Fiat Chrysler announced a recall of just shy of five million of its cars on the roads here in the United States. They acknowledged that they've discovered that the motorists may have difficulty in disengaging the cruise controls on the recalled automobiles.

The types of vehicles affected by this recall include trucks, cars and sports utility vehicles (SUVs). As many as 15 different makes including Chrysler, Jeep, Ram and Dodge are included in the recall. The affected vehicles were manufactured during six different model years. The company's vehicles manufactured and sold abroad also have this same auto defect.

In the recall announcement released to the press, the Detroit-based car manufacturer warned all owners of the recalled models to avoid making use of their cruise control until their vehicles could be serviced. They also pointed out that the defect with the automobiles' cruise control system can be remedied simply by dealers carrying out a software update.

Fiat Chrysler notes that its vehicles' defect is most likely to occur when the car accelerates while the cruise control is in use. If this happens simultaneous to an electrical system short-circuiting, then this could make it difficult for the driver to disengage the cruise control system as he or she may expect.

In their statement, they noted that it is possible for drivers to stop their cars by pumping the brakes if they're unable to disengage their cruise control. They note that overpowering the car's engine this way is one way to get it to stop.

Another recommendation they have made is for motorists to shift their vehicles into park while driving if they can't disable its cruise control. They warn that doing so should immediately deactivate the car's cruise control.

When announcing the recall, Fiat Chrysler proudly announced that they'd yet to receive any reports of either injuries or crashes due to this cruise control defect. They also noted that they had only discovered this flaw when testing their vehicles.

If you've suffered injuries while either driving or riding in a car, then a Nashville attorney can advise you of your right to sue for damages in a products liability case.

Be Wary of Dangerous Halloween Costumes

There are different types of concussion 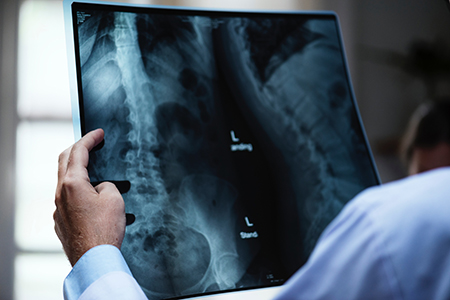 Treatment for a spinal cord injury entails many things