The Potential Dangers of Self-Driving Cars

Would you trust a self driving or autonomous car in the lane next to yours? It might be a question that we face in the next few years. The technology is still being tested by companies like Google, BMW, Audi, and Hyundai, but self driving cars will be on our roads sooner than later.

We all have visions of what a self driving car may look like for our roads, but does our imagination meet reality? We compiled a list of some potential pros and cons that autonomous vehicles could create. 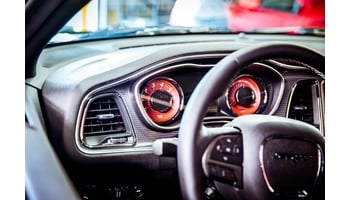 Self Driving Cars May Reduce Accidents

Let's face it Nashville, many of our residents have no idea how to safely operate a car, especially in rain or snowy conditions. Whether they're changing the song on their stereo, texting while driving, or just simply negligent, many drivers are incredibly reckless behind the wheel. In Tennessee alone in 2016, 1,045 people were killed in traffic accidents, the highest amount since 2012. Self driving cars are programmed to drive defensively and prioritize safety over everything else. So while you couldn't speed to work in a self driving car, you will arrive safely.

Self Driving Cars May Reduce Traffic And Save Fuel

Traffic is frustrating, especially stop and go traffic that seemingly has no cause. We stop for a while, creep along for half a mile, then all of a sudden, the traffic eases. There was no accident and there was no police officer, so why the slow downs?

People are curious! Sometimes the source of the slowdown is simply a car stopped on the side of the road or an accident on the other side of the interstate. Self driving cars are programmed to maintain a distance between themselves, meaning less stop and go traffic. Less stop and go traffic also helps fuel economy. Ford estimates that self driving cars will reduce traffic by 20% within a year of major implementation. Sign us up!

It turns out we can put a price tag on a life, at least from an insurance settlement standpoint. Each traffic fatality costs around $9.2 MILLION dollars, estimates the Department of Transportation.

It's simple math, really. If less people die on our roadways, we save money by saving our insurance companies money. If injury and death settlements are reduced, so will insurance premiums. Sounds like a win, win.

Self Driving Cars Are Going to Be Expensive

Any new technology comes at premium cost. Remember how expensive iPhones were upon their release? Now most people can afford a smartphone of some sort, but new technology costs more at it's first introduction until the company can scale the technology. For example, the camera/laser technology that is on top of self driving cars can cost up to $75,000, and it will take time and investment for the costs to come down over time. Even if the self driving technology only costs about $8,000 to $10,000 more per car, that's a big jump for the consumer!

Self Driving Cars Rely on GPS

To map out their routes and stay on the road, self driving cars utilize GPS signals. Even the most modern, up-to-date GPS system is not 100% accurate as new roads open daily and roads are closed due to construction or other causes.

This could also cause issues when it comes to parking, bad weather, and special events around town.

People Who Use Self Driving Cars Aren't Paying Attention

The average person using a self driving car has an average reaction time of 26 seconds to what is happening on the road around them. When people finally relax and trust their self driving car, they can doze off, check their phone, or just be distracted. That's bad if something goes wrong with the technology on the car. As the old adage says, computers are only as smart as their users.

Are Self Driving Cars Good or Bad For the Future?

As it stands right now, we wouldn't recommend buying a self driving car as soon as they come out. They're more expensive than they should be, there are still safety risks, and people aren't ready for the change. That being said, we are keeping an open mind to the future of autonomous vehicles and hope that one day our roads will be safer as a result.